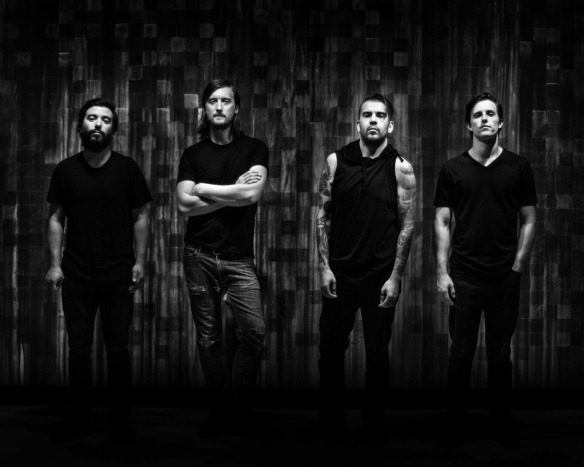 West Coast foursome Silver Snakes just got off the road with Korn, Breaking Benjamin and Motionless in White.

It was a tour unlike any they had been a part of, partly because of their musical past, but also in part because it put them in a new arena-style environment.

That’s as much about seeing the likes of Jonathan Davis for the Snakes as it is for fans meeting the Snakes after the show. Fans see it in a different vibe than they do a smaller or club show, where the access is usually easy.

Estrada said fans will approach him after the shows – he was hanging near merch after the set in Southaven – and find it hard to believe he’s out in the open.

“It’s a bit overwhelming for us and something we’re still trying to get used to,” he said. “We like to be very interactive with the people who come and support our band.”

The guys prefer to sell their own merch and did meet-and-greets after every single show on the tour.

Their latest, “Saboteur” was released in February and is a song-writing story about exactly that, sabotage.

“More than anything we’ve done in the past, I’ve tried to leave it open to interpretation,” Estrada said. “Leave it very open so people could take the overall theme of sabotage and apply it to somewhere they might have experienced it.”