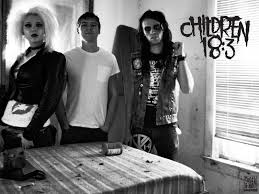 TUPELO, Miss. – In a Bible Belt city built on building up the King of Rock ‘n’ Roll Elvis Presley, Children 18:3 will help you bridge the two tonight at Tupelo’s Ballard Park with the Reload & Rock Tour.

In an area where even some church workers are frightened to expose their youth to music’s most feared genre, the punk rock band’s drummer has a message.

“It’s really a matter of getting people used to the fact that we love Jesus and it’s okay to play rock,” Seth Hostetter said. “It really comes back to humility and being able to accept where people are at and understanding that the Lord can speak through anyone, even if their lifestyle or the culture or what they’re into is totally different than us.”

Hostetter said the acceptance of rock music with older Christians is no different than 30-year-olds not understanding what current 15-year-olds are into. But, he adds, the humbling part of any of it is understanding God can speak through and to anyone, maybe from an avenue you might not expect.

What you can also expect is a full production (and acclaimed) live set from Minnesota siblings Seth, David and Lee Marie Hostetter.

The park show isn’t a lesser show. It is a full production that also feature contemporary band Loftland with hard rock Decyfer Down closing it out.

You can expect songs from all four Children 18:3 full lengths, including from April’s new release “Come In.”

“(Choosing songs) is one of the hard decisions,” Seth Hostetter said. “You put together a show and depending of the tour or the show, you’ve got half an hour, 40 minutes or sometimes only even 20. I guess it’s not a bad problem.”